What Pacific Rim Could Have Borrowed From Evangelion But Didn’t 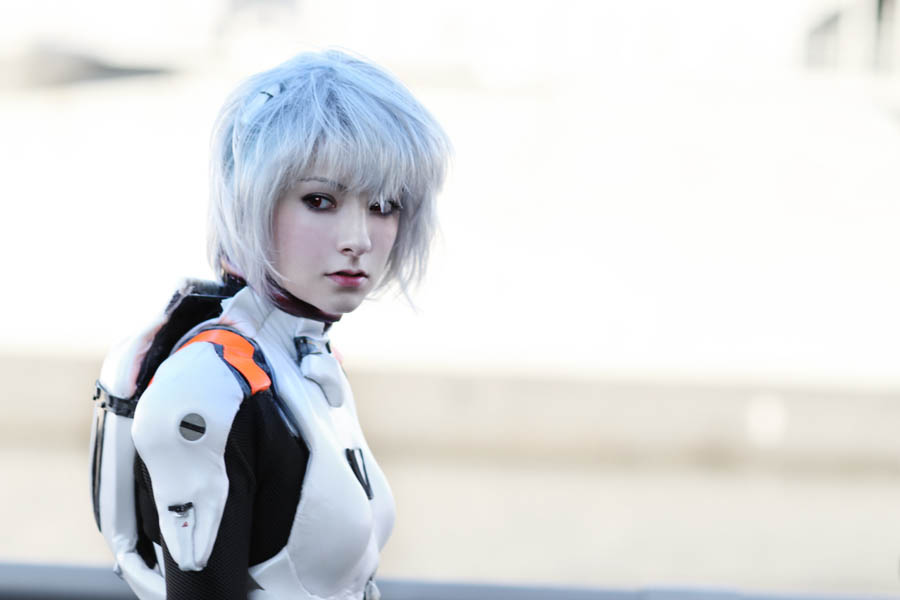 What Pacific Rim Could Have Borrowed From Evangelion But Didn’t

Pacific Rim is a ripoff of Neon Genesis Evangelion…

…said people who don’t know Kaijuu and Evangelion. On the internet. Recently.

Me? I’m actually disappointed in the opposite direction – there are things Evangelion does PHENOMENALLY that I wish more movies and television would rip off. Pacific Rim is, despite its Kaijuu trappings, a very standard Hollywood film, and a very standard Guillermo del Toro film. As much as I enjoyed it, I would have really flipped out if a Hollywood movie had cribbed some of the more esoteric choices and storytelling techniques from Anno Hideaki and company.

So, here’s a list of things I really wish Pacific Rim would crib from Evangelion. Right now. For the inevitable sequel(s).

Nothing bad is going to come of this.

I want my big action movies to have violence with consequences.

It used to be, PG-13 meant you would see at least a guy’s heart cut from his chest. Now? Not so much. I miss the days of Emilio Estevez getting his face crushed in an elevator. Now when big, bad action happens in a PG-13 movie, we get a bruised, bloodied guy that looks like he was just in a mild bar fight. You poor thing. Your face isn’t even mushed up! You’re just leaking a little bit.

Pacific Rim had some mild violence, and to its credit, there was a lot of crazy stuff that happened to the robot pilots.

Evangelion, though. Evangelion has a hyperviolence that dips into the primal, and at the end of the story, things got very ugly and brutal. Eva’s characters paid dearly for their giant robot adventures. Hell, the robots bled. So did the angels.

Piloting a giant robot is frequently a metaphor for someone living their life. And let’s get real: life can be rough. So, let’s see things get ugly!

It was either this, or Shinji strangling Asuka in a kitchen.

Ordinary supernational organizations are concerned with things like ruling the world, or saving it, or saving themselves at the expense of everyone else. Pacific Rim had one. There were a bunch of people in uniforms on video screens.

I would much rather see some crazy top-secret organization like the one in Evangelion, a shadowy organization that doesn’t care about ruling the world…because they’re up to something so mindboggling that you will need to read a lot of articles online to understand what’s going on.

This also will end well.

Pacific Rim’s monsters are cool – don’t get me wrong!

But in Evangelion…the ‘Angels’ start out as vaguely Kaijuu, but quickly become a deconstruction of the stereotype. Octahedrons with rail guns, nanometer-thick shadows explainable only by abstract mathematics, and as seen above, floating sky DNA. That does…freaky things. The Eva pilots and their handlers are regularly surprised by the unusual nature and abilities of the things they fight.

In typical Kaijuu media (and Pacific Rim) – the monsters are big, reptile-looking things with teeth and claws and wings. They often spew some kind of bad thing from their mouths.

I like the idea of enemies so strange, that it is not clear if it is even possible to fight them with giant humanoid robots. This also puts more attention onto the scientists in the giant robot organization, which both Pacific Rim and Evangelion have shown us is a supremely good idea.

It’s hard to see, but there are a lot of resources in this picture.

When I say ‘limitless resources,’ I’m talking about top secret U.N. organizations with so much manpower and resources that they can direct the entirety of a country’s electric power into a single weapon. Pacific Rim has one of these at the start of the kaijuu war, but by the time we are in the present day of that story…the huge organization that fields and maintains giant robots is an underdog.

Look, it’s fine. There were still lots of robots. I’m not surprised Guillermo del Toro told a story about outcasts with almost nothing. He always does that. It’s one of the reasons we love him even though his movies are flawed.

That said, I think Eva’s organization with insane resources and extreme stakes is super entertaining. A city full of missile launching skyscrapers with buildings that recede into the ground! A giant pyramid base full of dark secrets! Oh man.

Pacific Rim is a typically well-made Hollywood film, with technically excellent editing and pacing and sound design. That said, the Evangelion TV-series has masterful and stylish editing and pacing. The editing is so good, that the lack of writing about how good it is bums me out.

Evangelion has a wildly complex world, complete with multiple secret organizations, intertwining character relationships, and dark secrets going back through three generations. And each episode of that show is twenty minutes long – the same as an episode of How I Met Your Mother. And somehow, SOMEHOW, Evangelion not only imparts an insane amount of information, they do it so quickly that they have time to jump around in the past, into characters’ psyche, switch to lighthearted comedy, and still finish out episodes with action scenes.

Evangelion does this mostly through judicious use of waterfall edits. A ‘waterfall edit’ is an abrupt cut from loud noise to silence, or vice versa. Evangelion will often jump from a single ‘stinger’ line of quiet dialogue, to one of many repeated sound motifs used to establish space and location – NERV’s thrumming command center, cicadas chirping in the evening summer heat, distorted sirens or the sound of subway cars. The show also spends a lot of time cutting to title cards to deliver shorthand communication, to let us know this is a flashback, to get us to a new place, to display a character’s thoughts, or to establish mood with an episode title.

And of course, this is a giant robot anime, so waterfall edits also throw us into and out of action scenes – the second episode of the show is a fantastic example. The epic first battle is edited at a climactic moment, and then we watch the end of the fight at the end of the episode.

Evangelion is a master class in efficient, entertaining storytelling. If you want to study how to worldbuild without boring your audience, or if you want to look at interesting ways to break away from ‘normal’ editing, Eva is the place to go. The thought of that kind of adventurous storytelling in a big-budget kaijuu movie makes me super excited.

At one point one of them shifts their weight.

When the situation was appropriate, the show was happy to show us a scene of NOTHING for outrageous lengths of time. My favorite non-spoiler example, is the absolutely phenomenal scene pictured above. One character is having a supremely bad week. The other is quiet all the time. They don’t especially like each other, and they end up in an elevator together.

Nothing for thirty seconds.

And then they just start screaming at each other.

This, in a half-hour TV show. The creators had the guts to ‘waste’ an enormous amount of screen real estate on a moment of nothing. The end result is astounding. Can you imagine a moment like that in a big dumb movie? Please, yes.

What do you think? What other giant robot or Kaijuu stylistic choices could Pacific Rim borrow from in future outings?