Phasers, and when to get into that sweet Star Trek technobabble. 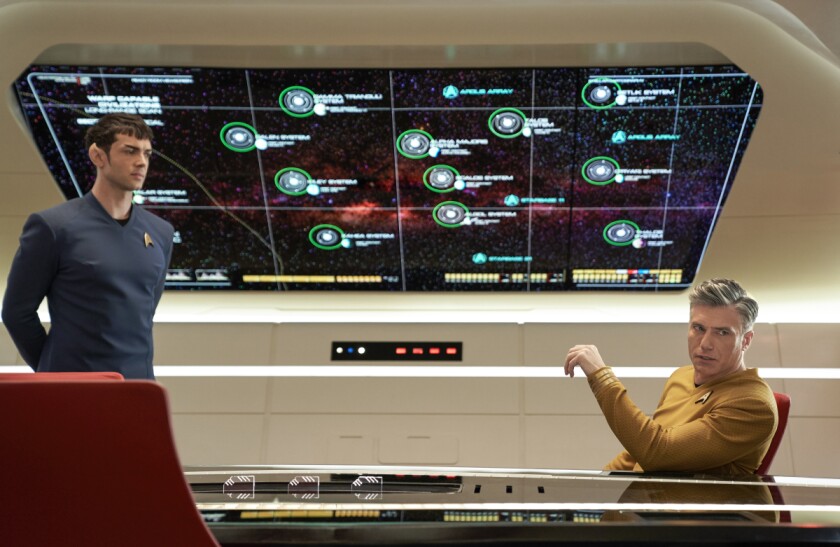 Phasers, and when to get into that sweet Star Trek technobabble.

I was just watching the latest episode of Star Trek: Strange New Worlds (which is a pretty great show, even after just six episodes), and there was a moment with a bit of phasers technobabble. Something in the vein of “target their engines, minimum yield.”

Okay, point made in the dramatic sense. They don’t wanna kill anyone or destroy the ship. Got it. But by the time I’d paused the show to let my brain run on its own because of that simple bit of tech detail, I realized this is an opportunity to welcome you behind the looking glass. We have plenty of examples of nerdy fans obsessing over details in the universe of a show. What’s it like dealing with detail as a writer?

Back to the phasers line: Because I’m a sci-fi writer, with lots of recent practice in writing starship combat, my brain took that line and ran. Couldn’t they have given us a little bit more? After all, phasers are these precise energy weapons. Would they have a “blue line,” perhaps, which is the intensity at which a phaser punctures most ship hulls? Maybe a “gray line” for rocky celestial bodies, like an asteroid? And so on.

In Tellermoon, I kept pages of notes as I wrote. The space cadets are introduced to their ship, the bridge stations, how information is processed and sent back and forth, how their weapons and defenses work, and so on. So we get to go on the ride with them. And while I did not specify what sort of wattage their power plant in the ship’s engineering throws out, I made sure our cadets pointed out that the power conduit between it and the ship’s main weapon carried enough electricity to “blow your arm off.”

This is one of the storytelling challenges waiting if you want to scifi worldbuild: When should you go detailed and when do you hold back? That’s what I was doing as I watched Star Trek. Vibe is always king, but isn’t detail also part of the vibe of a starship adventure?

Truth is, I’ve gone back to the world of Tellermoon (!) and that wall of detail is giving me a tough time. What are the displays that pop up when you sit at the tactical station again? What color are the various icons and details on the main screen (in Tellermoon, the IC – Information Command)? How does all this stuff sound? I want to make sure I get the details as right as possible on the first go, so I find myself sitting there, three documents open: the book, the notes from the book, and smushed into a little sliver of screen, the story I’m trying to write.

In other words, it starts to become its own huge monster. An extra mountain to climb, in a series of steep, challenging mountains. I don’t regret how I approached Tellermoon. My goal was to tell a maximalist story, of underdogs trying to do the right thing in a sea of information and social noise. Detail serves that. On the other hand, could this specific episode of Star Trek afford to spend sixty extra seconds of technobabble on how they’re going to do a thing that almost doesn’t matter to the story? I probably would have liked it, but it doesn’t really matter.

That said, I’ll send a free book to the first person that asks the Okudas or someone else in Trek what the wattage of a minimum output phaser spread is.