The END of Learning from Evangelion 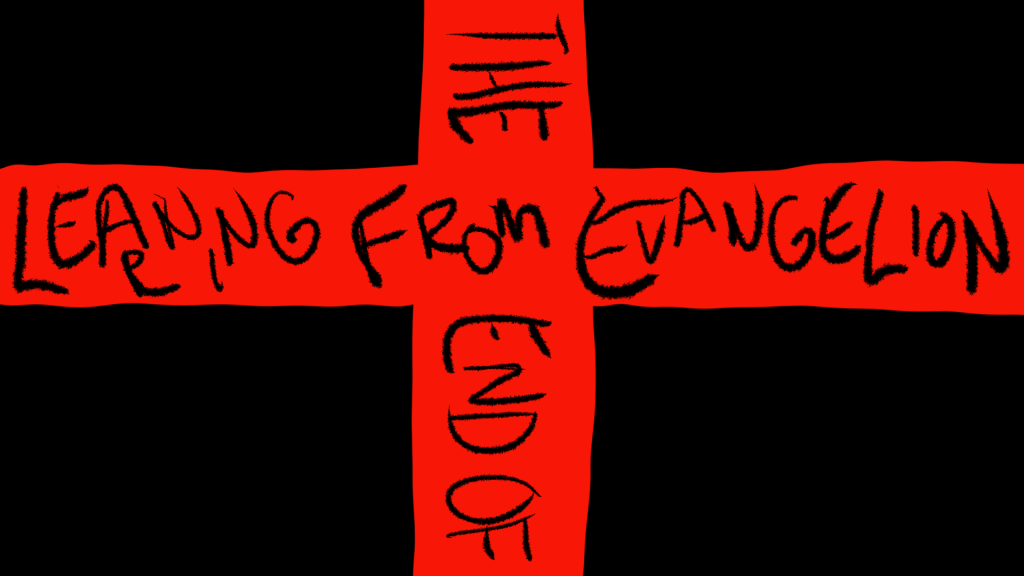 The END of Learning from Evangelion

I knew I’d end up paying to listen to an Evangelion podcast eventually.

The Get Played trio started an anime podcast, and I was delighted and unsurprised to learn that, like me, Heather Anne Campbell is a huge Eva nerd. If you’re a fan, I recommend you check it out. I’ve learned things I did not know about a show I’ve watched at least a dozen times in my life. Respect.

Note: Yes, it’s a Patreon pod, but it only costs $5/month, and you can always wait and binge the whole thing once they’re done going through the franchise.

I also realized I’d started a draft adapting the last in my YouTube series watching Evangelion and never put it up! I sat back and recorded myself reflecting on the show and movies from a storytelling and filmmaing craft perspective. The last video in the trilogy included a breakdown of the pros and cons of the Netflix release of the show. I’m still fond of these videos/blogs and it’s time to bring the series to a close in words form.

Is the Netflix release of Evangelion good?

Fly Me to the Moon

The big thing that’s missing is the end credits no longer have some version of “Fly Me to the Moon” that plays over them, due to some rights issue. In a couple of episodes this means you’re missing a very cool and jarring juxtaposition between something shocking and this serene, beautiful song.

Seriously, if you watch the Netflix version, it’s absolutely worth tracking down the Platinum DVDs just to see the difference.

Another big difference – the transfer is higher definition than anything we’ve seen before. There’s details I had never noticed before, like a force field that pops up between the spears the Evas throw during the fight at the end of “Both of You, Dance Like You Want to Win.”

On the flip side, the higher resolution means it is very clear some of the production art is rough or rushed. You can see brushstrokes and other production “seams,” if you will.

But how is the screaming?

Last of all – the new Netflix dub! Back in 2019 there was a lot of analysis of the new dub. The truth is, it’s a pretty good dub that I only have a couple of minor issues with.

A little bit of context re: dubs – when I originally watched the show I was adamant that the best way to watch Eva was to watch it in Japanese with subtitles. This is, after all, how you get the most bloodcurdling screams from Shinji. But I’ve come around over the years and I really respect and admire the 90s ADV dub and its cast now. The performances start solid, and by the time they got to The End of Evangelion, the cast is really really good. That said, anime dubs are hard to make – you sit in a booth and try to match lines of dialogue to lip flaps as the voice director plays clips on a screen. It leads to chunky, forced-feeling piles of “word salad.” The ADV dub is no exception.

The writing and performances in the new Netflix dub seem much clearer to me. The show feels more conversational and believable. It’s even sophisticated feeling now. Jokes that used to not land landed for me here. Subtext works better also. You can more clearly tell when someone is lying, for example.

And the actors are pretty great, and I enjoyed the new qualities they brought to their characters. For example, Gendo Ikari is a character that encourages actors to chew scenery; he has all the power and he says crazy stuff and is generally a cruel force of nature. But the new actor (Ray Chase) shows some restraint in a way that got me thinking more about Gendo as a (terrible) human being.

The new Asuka (Stephanie McKeon) is great. She sounds young and that’s perfect for the character. Tiffany Grant (the ADV Asuka) is iconic as Asuka, but her voice has a slightly brassy quality that makes her sound a little older. The new actor sounds younger, and this contrasts well with Asuka’s arrogant, critical attitude.

Really though, if I had to boil down whether an Eva dub was good, and I had to do it in two seconds, I would be forced to reduce all this analysis down to “how good are Shinji’s screams?” Happily, new Shinji (Casey Mongillo) is a terrific screamer.

Where is the new dub worse, though?

Well, I’m not crazy about the new dub’s adherence to calling the pilots “children” with janky English grammar.

In the original Japanese, they referred to the pilots as the “first children,” “second children,” and “third children.” Okay, not a problem if you don’t know English, but weird to us! The ADV dub took the liberty of making that, “first child,” “second child,” and so on. Here though? They went back to the original structure. I’m not crazy about it. And it’s weird to compliment the new production for being more naturalistic and then run into this. It adds a barrier to new viewers.

Eva as a show loves to deliver fast environmental information, especially with text – train timetables, warning screens, et cetera. This version of the show doesn’t do a great job of subtitling these. It’s something Netflix could fix if they wanted to. I hope they will. It’s a big part of the show’s charms and I miss that stuff.

Okay, that wraps up this post of Learning from Evangelion! If you dig Eva, consider checking out my space opera novel Tellermoon. It’s spaceships, not robots, but I very much had my love for Eva on the mind when I wrote it.