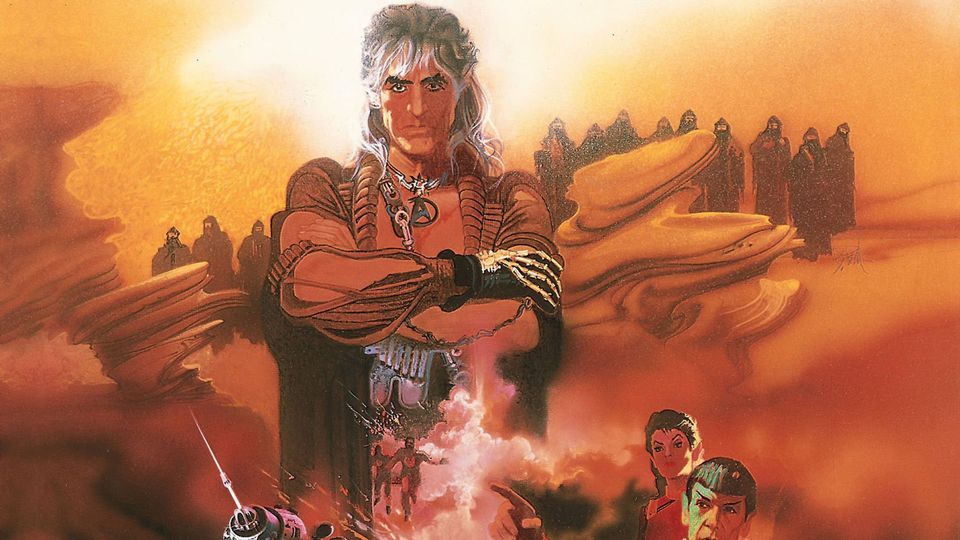 I told a younger friend Star Trek II: The Wrath of Khan was a good way to jump into the franchise. Then, in a late-night, wine-fueled moment of paranoia, I re-watched the movie to make sure it holds up.

Good news: it does. It’s a great film. Not as many LED volumes as modern Trek though. Also the uniforms aren’t covered with little Starfleet logo patterns. Boo.

You know what really stood out this time? Just how tightly wound the Thematic Integrity of the movie is. It just hits the same idea over and over and over.

Let’s take a look. And if you aren’t familiar with Thematic Integrity, it’s a term I made up to simplify the incredibly simple but also hard storytelling concept of theme. That sounds fancy, but fear not! After all, I did a write-up using classic video game Dead Space as an example. And then more recently, I broke down the ways Half-Life: Alyx fits together thematically. This is meant to be comprehensible.

In short, you should be able to list out the elements and plot beats of a story and have all of them rhyme around a single, simple idea. If you can do that, the thing has thematic integrity!

So let’s practice again. And I promise this time I’ll just keep to a list, like I’m doing an exercise in a class.

Protip: You can also do this with your own story once you’ve gotten underway, and begin to recognize what your unconscious is making the story about. Then, you can lean into it!

By the way, to actually look at the “integral” component parts of a story, you gotta spoil the hell out of it. I’m going to spoil Star Trek II.

What very simple idea keeps popping up? Death, baby. The cleverest thing this movie does is take a semi-invincible hero and make them deal with aging and death. It’s not profound, theme often isn’t, but it’s impressive how tightly wound the movie is around the idea, especially if you’ve heard the often told stories of how it was made.

In building this list, I also spent time thinking about plenty of other possible connections. Do the maroon uniforms (new for this movie) fold into the theme at all? Or are they just cool navy jackets? Is Khan a fit for the theme, with his driven obsession? Maybe, if you sort of think of him as the physical manifestation of death – an unstoppable force that cannot be tricked or beaten.

Look, this sort of work is obtuse and blurry. Not everything will fit exactly, and even if it might fit, it may not be in a way you can verbalize. You might even have discovered a connection you can’t effectively verbalize to people. And embarrass yourself in front of a bunch of nerds.

Being misunderstood. Getting it wrong. Attempts to pull meaning from meaninglessness. That’s life.