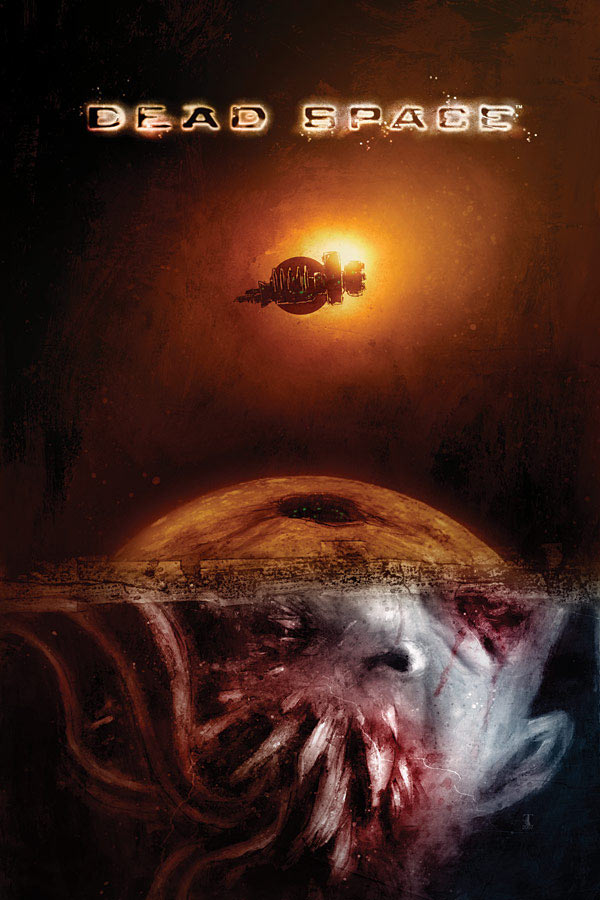 UPDATE: Since this post continues to receive traffic years later, and since I still consider it a valuable way to think about theme as a writer, I made a video version on my YouTube channel. It’s even still about Dead Space!

In one article already I’ve mentioned what I call Thematic Integrity. You might have asked yourself, “What is all this, then?” Or not. That’s fine too.

Thematic Integrity is a term I came up with. It’s a way of looking at theme that is useful to a creator as they work on a project.

So if you make things, check this out. I might be able to help you with all that.

The problem: literary discussions on theme

In contemporary literary studies, a theme is the central topic a text treats.[1] Themes can be divided into two categories: a work’s thematic concept is what readers “think the work is about” and its thematic statement being “what the work says about the subject”.[2]

The real problem with all discussions of theme, is that they always, ALWAYS come from a reactionary direction. In other words, the discussions happen while looking at a completed work. People look at the book (or whatever) as a perfect engine for the delivery of theme. They say things like ‘the turtle represents drive,’ and ‘the author was trying to say with this pencil that the ambition of man always leads a flock astray.’

These conversations are obtuse, overly complex Jackson Pollocks that have zero value to a creator who wants to tighten up the structure of her work.

So, with that in mind, here is my definition of ‘Thematic Integrity’:

‘Thematic Integrity’ is how well the parts of a story reflect on a simple idea.

The ‘idea’ in the above definition is what thick books call ‘theme.’ See the previous Wikipedia excerpt for a very wordy definition. That’s the ‘spine’ of your story.

The ‘parts of a story’ are literally everything you see and hear while consuming the media. Sights, sounds, recurring character tics, and gameplay mechanics.

One example of a ‘story part’ might be the opening image of a movie, like in The Incredibles, where an opening news reel sets the tone and introduces us to three main characters.

Another example is the playful, kinetic way that Tyler Durden and Marla move through the hallways of her dilapidated apartment building in Fight Club.

Maybe that part is the screechy, fingernail-on-chalkboard noise the pulse rifles make in Aliens.

Maybe it’s the way all the paper in the Battlestar Galactica TV-series has the corners cut off.

Anything in a story is a part of it, and each part of a story can reflect an idea. How well the parts do that is Thematic Integrity.

In the video game industry, a popular smart-sounding term thrown about of late is ludonarrative dissonance. That’s what happens when the gameplay in a game and the game’s story do not match. The popular example is the Uncharted series, where the lead character is a modern day, wise-cracking Indiana Jones in the cinematic cutscenes, but in the gameplay, is a hardened killer with a body count in the hundreds.

What I haven’t heard is a term for when the gameplay and the storytelling of a game DO match. Whatever the official term ends up being (ludonarrative unity?), the fact is, games that get this right have Thematic Integrity.

I have a favorite example. 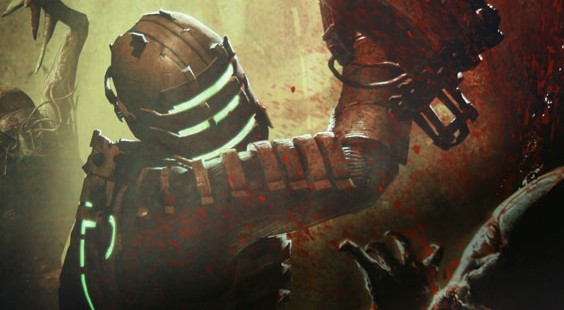 I like the first Dead Space game, and I am impressed that a video game managed to turn out such a well-put-together narrative, rife with nearly perfect thematic integrity. Come down the rabbit hole with me:

…is about an isolated mining ship, in an illegal area of space.

…is set in a universe where humanity struggles with the idea that it is alone, and there is no other sentient life.

…stars a guy who is separated from his girlfriend (because she is stationed on another ship).

…takes place on a ship orbiting a planet, where a small colony has prepared for a ‘planet crack’ alone for years…

…’planet cracking’ involves literally cutting out massive chunks of the planet to mine until nothing is left.

…has a creepy religious sect in it – the Unitologists – who are ostracized and secretive.

…revolves around a strange thing they find on the planet – the Marker – looks sort of like pyramid at the bottom, and it separates into two spiral spines.

You see the recurring idea, right?

The really awesome thing about Dead Space is that the gameplay perfectly fits into this run. What’s the core gameplay mechanic? How do you fight the monsters?

Why, you blow their limbs off. You dismember them.

Dead Space is about separation.

And I could keep going, with examples of ‘separation’ in Dead Space. The space ship you’re on features numerous segmented pylons around the outside. The iconic weapon sights are made up of multiple separate lasers. Hell, even your character’s suit is made up of a distinct, segmented armor plating.

So how does that help me if I make things?

Thematic Integrity can be used as a spot check to keep your story on track as you write it.

For example, I realized Wicked City has a recurring theme of ‘appearances versus practicality.’ Pomp and circumstance are the cause of supposed superiority, escape (or the cause of) dangerous situations, and characters yearn for the way things appear to be elsewhere, without realizing that they are yearning for a fantasy.

Once I saw this, it became easy to see if bits of the book fit this idea. The story begins with a character getting her hair cut so she looks ‘right’ for the event she is attending. That fits. There is a scene later where a character participates in a political debate and there are a great deal of zingers shot back and forth. The winner wins by looking good, not by presenting the best ideas. That both fits the theme, and it happens all the time in the real world.

So, watch for those recurring ideas. You don’t need to write a thesis on them. The ideas do not need to be profound. You just need to see what keeps showing up, and make sure that basic idea, that theme, is hit over and over again.

The catch is, Thematic Integrity may not help you right away. In fact, you may find during the writing of a book (like I did!) that the theme of the book is actually something WAY different than you thought it was. Theme is usually a design of our adaptive unconscious. You have to be around the work long enough for it to come to the surface before you can see it and use it.

Actually, there are two catches. The second is that executing on that idea, and creating good Thematic Integrity, is really hard.

Ah, but if this stuff were easy, everyone would be doing it, right?