Some things no one is saying about these huge Kickstarters 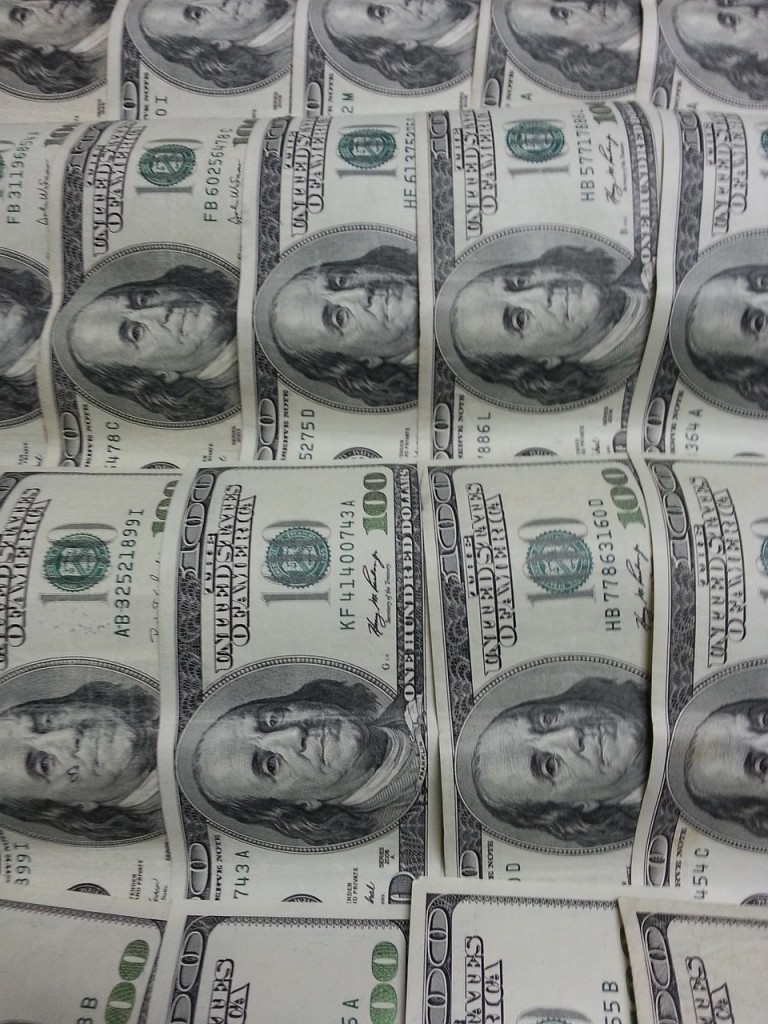 Some things no one is saying about these huge Kickstarters

I had planned on doing another more design-centric post this week, but an offhand comment on teh Ferceberks reminded me that I have a unique perspective on all the big-name crowdfunding going on, and that, despite the wide-scale discussion about crowdfunding online, there are a lot of things not being said that I think are SUPER INTERESTING. So, here’s a post.

Crowdfunding? What is that I don’t even

You know what I’m talking about – average Joes and Bettys put some cash money into a project, and if it hits a magic number, the creator gets the cash and makes the thing. Well, they try to, anyway. Usually in return, the crowd gets a token of appreciation, or a copy of the work. The more you put in, the bigger your prize is!

The biggest one to come along of late is the crazy Veronica Mars movie that funded at OVER FIVE MILLION DOLLARS. If you don’t know Veronica Mars, go watch the first few episodes on Netflix or wherever, it’s really really good.

There was also a massive kickstarter for DoubleFine, a totally awesome and weird game studio. They made Psychonauts, which everyone loves but no one bought. Now DF gets to make an awesome adventure game!

And then Freddie Wong’s VGHS kickstarter also bears mention, in part because he posted his budget numbers for the webseries they made using the money raised in the Kickstarter (well, sort of…more on that later).

Actually, a ton of people are SUPER PUMPED about the above. Veronica Mars was beloved by a rabid fanbase (me included!). Double Fine is often not financially rewarded for their daring experiments and quality writing. Freddie Wong is awesome and I don’t want him trapped making effects-laden Youtube videos week in and week out for a decade. His work has a sense of humor. Lots of those effects videos don’t. Sorry, other effects guys.

An aside: For some reason it seems like there is a split on the indie level between those with incredible technical prowess (cinematography, effects work) and those who actually make entertaining stuff. I’ll have to write about that later.

The general freak-out that you hear from people about the above has to do with the intent of Kickstarter. Kickstarter is supposed to be a way for people to patronize things they dig. The end result is that the user gets to support the creation of something they love.

But what if a creator isn’t some starving cartoonist or indie game studio that works out of a bedroom? What if it’s in service of a property owned by a massive conglomerate? Or a successful games company? Is that allowed? ‘No fair,’ cry out the opposition, ‘you could make this on your own but you’re fleecing people for it to reduce risk.’ And underneath that complaint, perhaps, there is a hint of, ‘this was supposed to be for me for when I eventually maybe make something and you’re ruining it.’ I might be imagining that, though.

Aside aside: Now I’m also curious if there is a similar phenomenon in the indie publishing world. You don’t need to be a polymath in the same way there, but…anyway back on topic:

Don’t you talk to me about crowdfunding!

For the past five years, my full time job has been with a prominent cinema accessories company. We make gear for cameras. We are very successful and came from nothing – the business term is ‘bootstrapped’, which means the company became financially successful with no debt or outside investment. The challenges and experiences of working for a small, badass gear company has taught me a ton of things I just didn’t know about manufacturing and selling things. Since I also work in the entertainment industry, I’ve also learned a ton about making non-physical things like movies and shows.

So when Kickstarter came along, I think my take on it was slightly colored by these experiences. 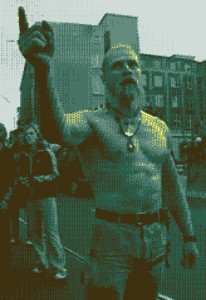 I would personally crowdfund a Technoviking indie movie, book or game.

Thought Number One: Kickstarter is Not New

A Kickstarter is exactly like a build-to-order business – a business model that has existed for a long time.

They way it works is, you tell people you are making something. You usually have a prototype to show, and you offer the product for sale with an estimate delivery date. Then, people place an order, paying in full in advance. The company slaves away to manufacture the thing and hopefully deliver it to people. When the process works, the customers are happy and a company has self-started. It is not easy to do, but it is possible. Hopefully very few employees have died from the stress or exhaustion. All bets are off when inevitable delays hit, though.

Sound familiar? Kickstarter works the same way, with the same amount of risk and reward. The only difference is that Kickstarter is SUPER visible. It connects to a wider base of potential customers in a way no one else has been able to before.

Kickstarter has also made BTO business cool. It was never cool before, it was a way for niches to get gear they could use to do things. Another strange anomaly of the Long Tail.

With the above in mind, my feeling is that most of the arguments against Kickstarting anything are null. It’s business. It is not just for poor artists. It is for poor artists who happen to have made TV shows that big companies own. I’m willing to bet Kickstarter (the company) is fine with anything that people are excited to fund. I wouldn’t be surprised if their about page has changed in the past year or so in response to the massive crowdfunding adventures.

If a KS rubs you the wrong way, don’t fund it, man!

A side note about market testing:

You could make the argument that Kickstarter should not be used for market testing by big corporations. That is sort of what’s going on with Veronica Mars…

…except that every single Kickstarter ever was created specifically to gauge interest for a thing. In my mind it’s legit to let a huge studio market test a popular but financially failed franchise before they jump in and do more with it. Especially considering how frequently audiences punish studios for taking chances.

Yes, I just said that. Hollywood is punished constantly for not making sequels. By you. And me.

Market testing is a fantastic idea. Especially when…

Let’s get real – the Veronica Mars movie is going to cost at least $10 million to make. Warner Brothers is going to put some cash into it now that they’ve seen interest, to make sure the film has the funding to look right. Plus they’ve promised to distribute the movie, which isn’t free.

Why would I posit that WB is putting in cash? Two reasons:

1) Big Hollywood movies under the $10 million mark are way hard to make, even with famous cast members working for peanuts.

Jump back to that article I linked from Rocket Jump. Freddie raised $275k in his Kickstarter, but the webseries ended up costing way more. WAY more. WARMORE. WARRRRRR.

So where did that extra Freddie Wong cash come from? Most likely, it was partly from their own coffers, and the rest are the private investors they mention. Freddie and co are smart – they were pretty certain they could make a certain amount on each episode of the series (thanks to extensive experience making the big bucks on Youtube), so between that, the Kickstarter, and whatever distribution deal they had, they were able to come up with a plan that kept them profitable.

Thought Number Three: We get to tour the sausage factory.

I’m totes pumped about these big Kickstarters because they let us idiot consumers appreciate how the things we enjoy are made. This is also great for creators because their fans might chill the f out the next time they ask for $150,000 to add some stuff to a video game. I had no idea the cost to come in and do what appeared to be a minor addition, but I also don’t make games and don’t pretend to know the full process. The initial backlash to the number online was super irritating to watch. It’s the kind of thing you see when the consumer may not know the business you’re in, but they think they do and they’re going to tell you about it. In the end, everyone learned a bunch about game development costs, and the Skullgirls crowdfunding ended up at several times what they needed.

Like I said, making things is hard. But it helps when your fans love your work and want more. Why would you stand in the way of that?