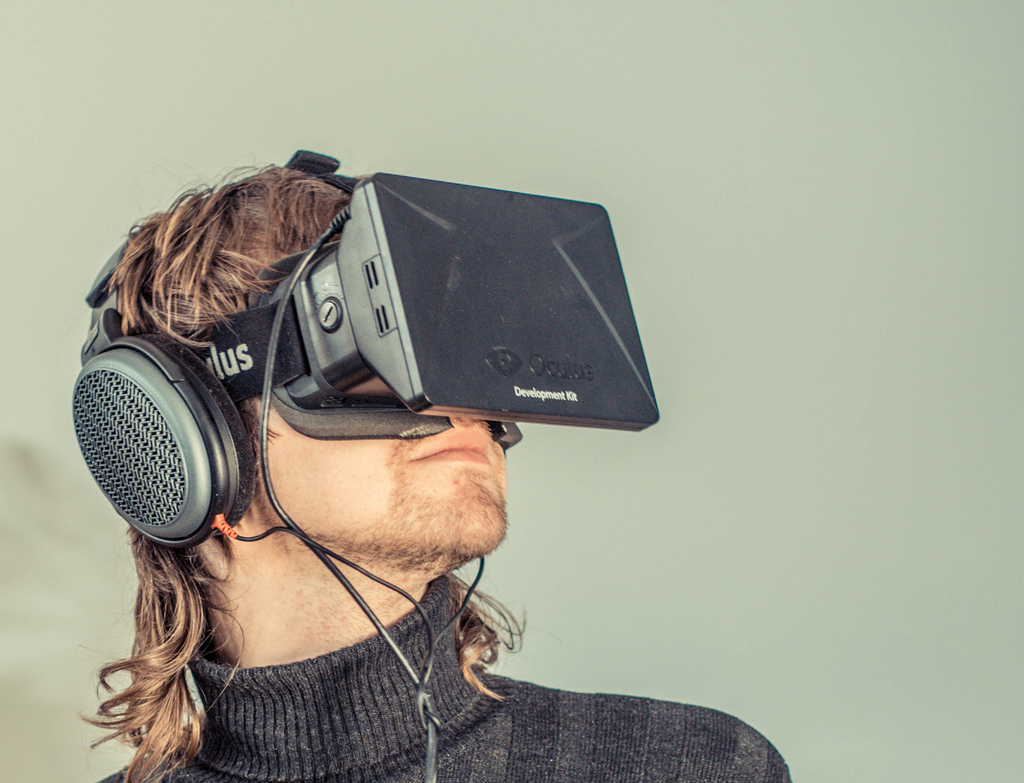 People are flipping out about the Facebook acquisition of Oculus.

Patrick Klepek at Giant Bomb does a great job of breaking down why, I think. It all sounds like the cries of anguished widows because the backlash is super, super emotional. Facebook could ruin Oculus, sure. But I’m with Patrick: a lot of the complaining is the result of unrealistic, assumed expectations.

I have a couple of bullet points to add to the conversation:

1. Like I said last time, Kickstarter is NOT a new business model.

It’s good ol’ fashioned build-to-order business with the intent to bootstrap a business. What IS new is that this type of business model typically lived tucked away in super-niche markets. The people who used to use build-to-order built brackets for helicopter pilot helmets. Now they make fitness trackers that are sold in Best Buy.

I saw this frequently in the cinema accessories industry – companies allowed a chance to compete with the ‘big guys’ by revolutions like DSLR cinema and 35mm adapters. These companies started in garages, funded by a single product. They were bootstrapped by build-to-order techniques (i.e. Kickstarter’s business method). A lot of these companies got snapped up by larger accessory groups.

What IS new is that your average consumer is now exposed to this business method, and the consequences therein. This means that:

That’s where I side with the user base against Oculus. Somewhere along the line, they allowed  expectations of indie-hood to be set (or did nothing to address it) and in that regard, they are somewhat responsible for the backlash. Any smart product company’s leadership KNOWS that people buy emotionally.

4. None of the backlash means anything.

Consumer exposure to new (to them) business models is clashing with the built-in entitlements that came from retail consumer culture. For example, the backlash to the Kickstarter for Skullgirls, where consumers reacted in disbelief to what a ‘simple’ DLC pack could cost. The end result was a great deal of ‘sitting down and rapping’ where we enthusiasts got a lesson in what game development entails. I loved it.

I’m willing to bet that, like Instagram (who were also Facebook-acquired), Oculus’ initial products come out with zero interference from Facebook. This is still the best possible news when it comes to mass-adoption of VR, at least, from a logistics standpoint. And if something really bad does happen, everyone will buy a Sony headset or move to whatever new solution comes out to fill the void Oculus leaves.

Most importantly, I look forward to future Kickstarter upsets being met with better balanced expectations from their user base. And no, a reaction of ‘Oculus betrayed me, I’ll never kickstart again!’ is not balanced. That’s what a teenager yells when a first relationship goes sour.

5. Crowdfunding is about to get super interesting.

This tweet quoted in Patrick’s piece is fantastic, though perhaps also a little victimizing. Oh! Us middle class people are so helpless! If only we were RICH!

Still, I would alter the statement to “OcuBook is just another reminder that the middle class would spend $300 to pre-order toys but would balk at spending enough to properly invest.”

Would you Kickstart an Oculus analog where you could get yourself a dev kit and a piece of the company for $5,000? I’m betting no, but the people out there pushing VC money into startups make this kind of call all the time. If crowdsourced investing is indeed on its way, I expect numbers like that to be the norm to get any kind of profit participation. And you can expect people to flip out at that, too.

But oh man, I’d put $5k into an idea as profound as Oculus. That’s going to be an exciting day.