Perspective – How to rotate a whole building using your mind 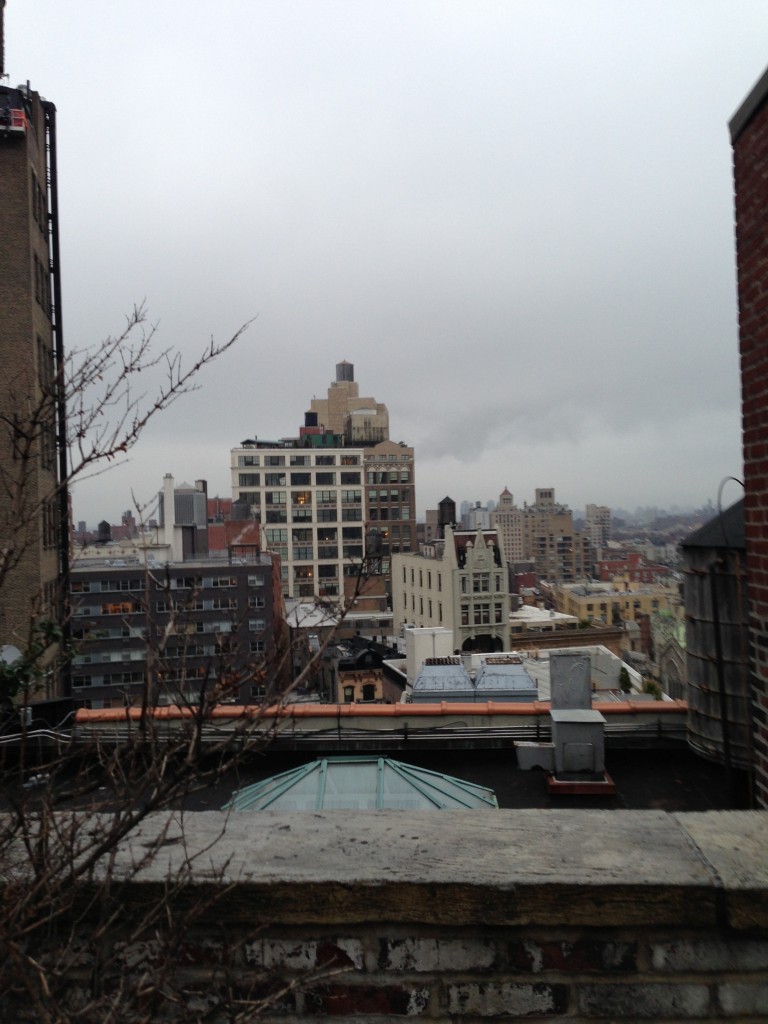 Perspective – How to rotate a whole building using your mind

Aside: I wrote this back in January after a trip to New York. Seeing as I’m about to move to Berlin and change things up in typically hyperbolic fashion, I thought it would be an appropriate thing to put up.

My boss and I were at the Highline stages, watching them shoot a sketch for Saturday Night Live, and we had a couple of hours before one of the people we came to meet showed up. So, bored and hungry, we wandered off into the meat packing district to get something to eat. I’ve spent some time there, so I had a pretty good idea where everything was. After the first option proved far too Friday-night in its swankiness, we settled on Bill’s, which is a pretty low key burger joint. The Yelp reviews were promising, anyway.

When we walked inside, I immediately recognized the place – I had been there with a friend after walking the Highline on a rainy, gray Sunday afternoon back in 2010. My memory of the place disoriented me. It was like walking to your childhood home and finding that it faced east instead of north.

In the two years since I had last been there, much had changed about my understanding of that area. I’d had numerous adventures, walked through the Chelsea Market, helped sober up some poor kid with shitty friends outside the Standard, gotten rejected at the door to that swanky club thing across the street, drank beer with Scandinavians at that divey pub around the corner, smoked cigarettes on the patio of the Boom Boom Room…and just that night, ended up on a production at stages a couple of blocks away. Stages that, up until two days ago, I had no idea existed in this ridiculously gentrified part of Manhattan.

Perspective is an invaluable part of life. Perspective helps you to understand things you do not understand. Perspective is the gateway to empathy. Perspective also adds nuance and authenticity to any story. Human nature has a tough time with perspective, because it requires listening and openness and an acceptance of contradictions – things we are not good at by default. But if you can let all that go, you have a chance to have some really enjoyable experiences, far away from  your regularly scheduled patterns.

I think this happens all the time in life – when you move to a new area, become part of a new social circle, whatever. It’s the difference in what you see before and after the dust in your mind settles and you make some kind of sense of the world. Most times, we don’t have the luxury of seeing the difference in such stark relief. Had I ended up at Bill’s at any point between those two visits, I would not have felt that Escher-esque sense of weirdness. It would have been subtler, like taking off tinted glasses. Five minutes later, I would have forgotten the whole thing.