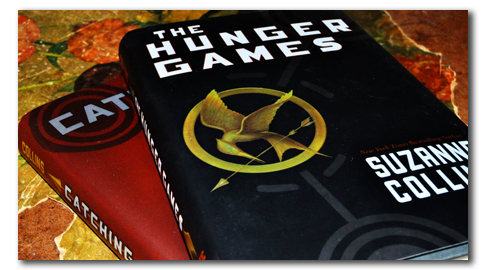 I think Catching Fire is really, really good. A marked improvement on the so-so technical execution of movie one. I think it’s better than the book on which it is based, even. No, Katniss does not really do anything in this story either, but it’s still an entertaining yarn. And this time around she actually struggles with killing people consciously.

Movie one bugged me because, while the performances, effects, etc. were all pretty good, the camera work and editing made the first forty-five minutes of the film incoherent. I was denied any sense of place and for some bizarre reason, the characters rarely had a chance to react to an event or dialog before the camera cut to something else. I was left wanting way, way more of the performances in the movie, especially Lenny Kravitz and Stanley Tucci.

Even stranger, scenes with Woody Harrelson in them suddenly calmed down and became far more readable.

Reviews complained about shaky camera work, but what they are really saying (without realizing it) is that, because of the camera work and editing, their eyes were not able to catch the spatial and emotional anchors they needed to get into the story.

Remember, what is said does not matter. What matters is the reaction.

Anyway, the movie is widely loved and this is the kind of thing most people don’t see. Edits operate on a subconscious level.

The thing that stands out the most to me is the worldbuilding. Panem is an absurdly silly place. The candy-colored fashion and bizarre mutated critters make the story surreal, a pop-art fever dream. Much credit is due to the team on this film for the impressive work they did in making Panem feel like an actual place.

Good stuff. May it make a bajillion spacebucks.

And it bears saying again, but man, I love Stanley Tucci in these movies.