Borderlands 2: What changed with the writing team? 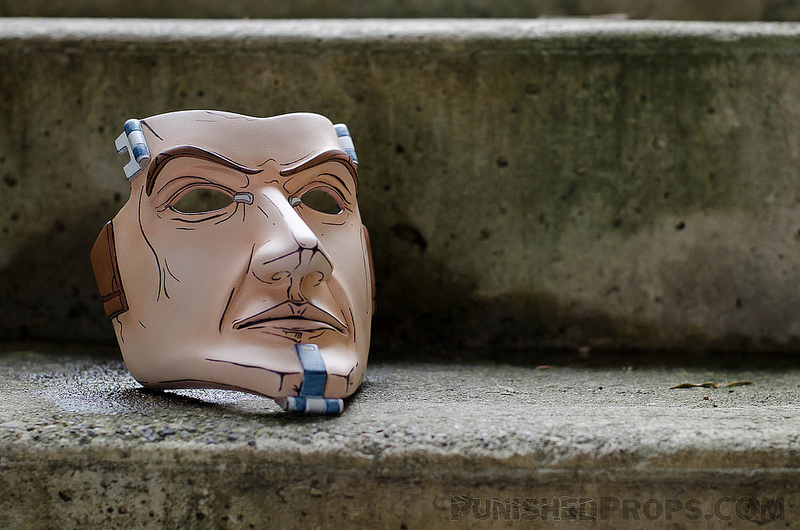 Borderlands 2: What changed with the writing team?

UPDATE: For some reason start-at youtube URLs are not working. Instead I’ve provided the specific times I wanted the videos to start at with the link. Sorry about that!

The Kreig character trailer is out for Borderlands 2, and everyone seems to like it. When I watched it, complete with unrequited love, somewhat crazy rambling, and sweet music, I was left with the same bemused expression I had when I played through the game originally:

It is really clear that the creative team switched between games.

Anthony Burch (the new head writer, and also internet celebrity) introduced a bunch of snappy, clever dialogue that wasn’t necessarily a part of the first game. This is not surprising, because he makes a webseries that is powered primarily by snappy, clever dialogue. He also added a number of interesting characters – Tiny Tina, Ellie, and Handsome Jack are the standouts. The overall effort is impressive. Borderlands the First came across as half-baked in many respects, and BL2 is substantially more polished. The creative team clearly put on their work gloves to make a better game.

I was going to crank out a zillion words in a more complete analysis and critique, but I am moving to another continent and it turns out that takes juice. Instead, I’m just going to provide some very specific comparisons between BL1 and BL2 that show where, in identical situations, the humor and/or tone is different. This is a great handful of examples showing how a writing team change alters something.

Example One: The opening cinematic

Both Borderlandses have slick and awesome openings that introduce the characters you can play. They are both set to wicked sick songs and feature pop art freeze frames, as well as a skag getting run over.

It’s a stylish, irreverent and celebratory cinema showing off your player characters. Who will you play as? Good stuff.

Borderlands 2 starts with a nearly identical sequence! Then something weird happens…

What is up with the song? It’s an awesome song, but when it kicks in it does not feel like the first game. Ain’t No Rest for the Wicked is a playful song with energy, perfect for introducing a crazed, absurd world full of greedy psychopaths. Short Change Hero is a wistful, sad song that one might ride out of town to, after shooting the Man in Black, while one’s lady love looks on in bittersweet quiet. Is this Borderlands’ dark middle chapter?

This new sentimentality soaks the game’s main storyline, complete with heartfelt sadness and anger over character deaths, betrayal, and so on. Burch proudly described to Reddit how, in a deleted scene, Tiny Tina actually loses her white gangsta act and quietly sobs when she hears about another character’s death. All the characters clearly care about each other and that gravity really lets us both pity Handsome Jack, and cheer at his demise.

Thing is, the first game was not sentimental in the slightest. For better or worse. This is a new thing that is being introduced with the second game.

Regardless of if you like the new tone, they set things off at the beginning with a thematically sound tell. Surprise! Your insane, greedy characters are now going to be working together for the greater good.

Marcus is Boderlands’ gruff, shameless gun merchant. You can hear his voice at any gun vending machine in the game, and in both Borderlandses, he also provides occasional narration. Two of the DLC packs from the first game feature Marcus telling a story to his kid, who asks questions that fluster and irritate him. In a world where psycho bandits run screaming at people to chop them up pretty much all day, everywhere, it’s a charming touch.

From the first game:

Marcus seems like a sort of put-upon father, annoyed the kid is asking questions. Also note the way the actors step on each other’s lines. They probably recorded in the same studio. Humor comes from reactions, NOT what is said.

This is roughly the same idea, but you heard it, didn’t you?

“And I think you’re not getting fed this week.”

And then at the end, Marcus calls the kid a ‘random orphan.’

Marcus goes from put upon father, to jerk with no relationship to the kid he’s speaking to. I’m not really sure why he would bother listening to the kid. Yes, this is a contradiction, but more importantly, why would you replace a funny relationship with a less funny one that we’ve seen a hundred times in student improv shows? This is the equivalent of yelling BACON FETUS and expecting people to laugh.

Ask any fan of the first Borderlands who their favorite character is, and it’s going to be Scooter, Mad Moxxi, or Patricia Tannis.

Patricia Tannis’ tragic tale in the first game is my favorite. She starts out as a normal scientist, and descends into madness. By the time you meet her, she’s another selfish psychopath. It is really not a funny story, outside the context of the game. In the context of the game, it’s a hilarious example of what Pandora does to ‘normal’ people.

But don’t take my word for it:

Listening to the audiologs outside of the game is sobering, but while you are running over psychos and shooting monsters with rockets and launching your car off of ramps, it all melds together and is hilarious. I am particularly fond of this log from later on in the game.

She is tragically unhinged! Also, this is a marvelous piece of acting!

So, how do they introduce Patricia Tannis in Borderlands 2? See below:

That is structurally similar to how Tannis is introduced in person in parts of the first Borderlands, and in the first game’s DLC. She is a character who often says something serious, and then something random. I just find the execution in Borderlands 2 to be more on the Jhonen Vasquez side of ‘clever mouth words’ than the insanely lonely, neurotic things Tannis says in the first game. Tannis is at her best when she is equal parts driven, and lonely neurotic wreck. The mad scientist stuff isn’t nearly as interesting.

This specific example is critical because I think it’s a lousy line, but over the course of Borderlands 2, Tannis does have moments that approach her whimsical madness from the first game. I just wish the character wasn’t coopted into service of the sentimental main storyline. I don’t especially care if Tannis wants revenge, and while, if Patricia Tannis were a real person, I would want her to find some form of human connection, I could care less if she turns into a decent person over the course of the story. Tannis is a very specific example where sentimentality and a character don’t mix very well, and I remember laughing (in the bad way) when she vowed revenge against Handsome Jack.

There’s just one thing I strongly shake my head to as a fan of the franchise, and that’s the choices that stemmed from Anthony Burch mentioning in interviews that he wants Borderlands received like Firefly. Borderlands is NOT like Firefly. Firefly is reconstruction-era sci-fi where nine people look into space and see nine different things. It, like Cowboy Bebop, mixes western and sci-fi elements, and features characters with wildly different worldviews co-existing in a ship, where each episode takes on wildly different tones.

Borderlands does not change tone, and everyone wants the same thing: money, power, fame, and guns. Borderlands is wasteland sci-fi/fantasy, like Mad Max and Fallout. At best, connecting Borderlands to Firefly is a reach. At worst, it’s projection, and an example of how your creative team risks breaking the core of what made something appealing in a drive to make what they want to make, instead of what needs to be made.

That said, the second game has a rabid fanbase and I haven’t read these opinions anywhere else, so for Gearbox, this might have been a coup. Another reminder that what you get right trumps what you get wrong.